I had a haircut first thing then we went to Summerset and had fish and chips with Max and Rose in the canteen. We did some work in the afternoon and then decided a run would be a good idea. And not only was it going to be only the second run since November but this time we were going to run 5.5 miles down Bluff Hill, all around it and then back up. Who says Noel is full of good ideas?! 😉 We managed it somehow so after emergency oxygen treatment we treated ourselves to a kebab which we ate while sitting in the car watching the rain come in from the sea. At one point I thought I saw a seagull drop something large and black into the water. I couldn’t work out what it was although it stayed on the surface.

Eventually it started to flap and I realised it was a bird, which I assume the seagull had attacked. With the conditions it wouldn’t have been sensible to swim out but it was horrible willing it to get closer to shore and as soon as it got near to shore Noel scooped it up. The poor thing was almost drowned, very wet, cold, shivering and in shock. 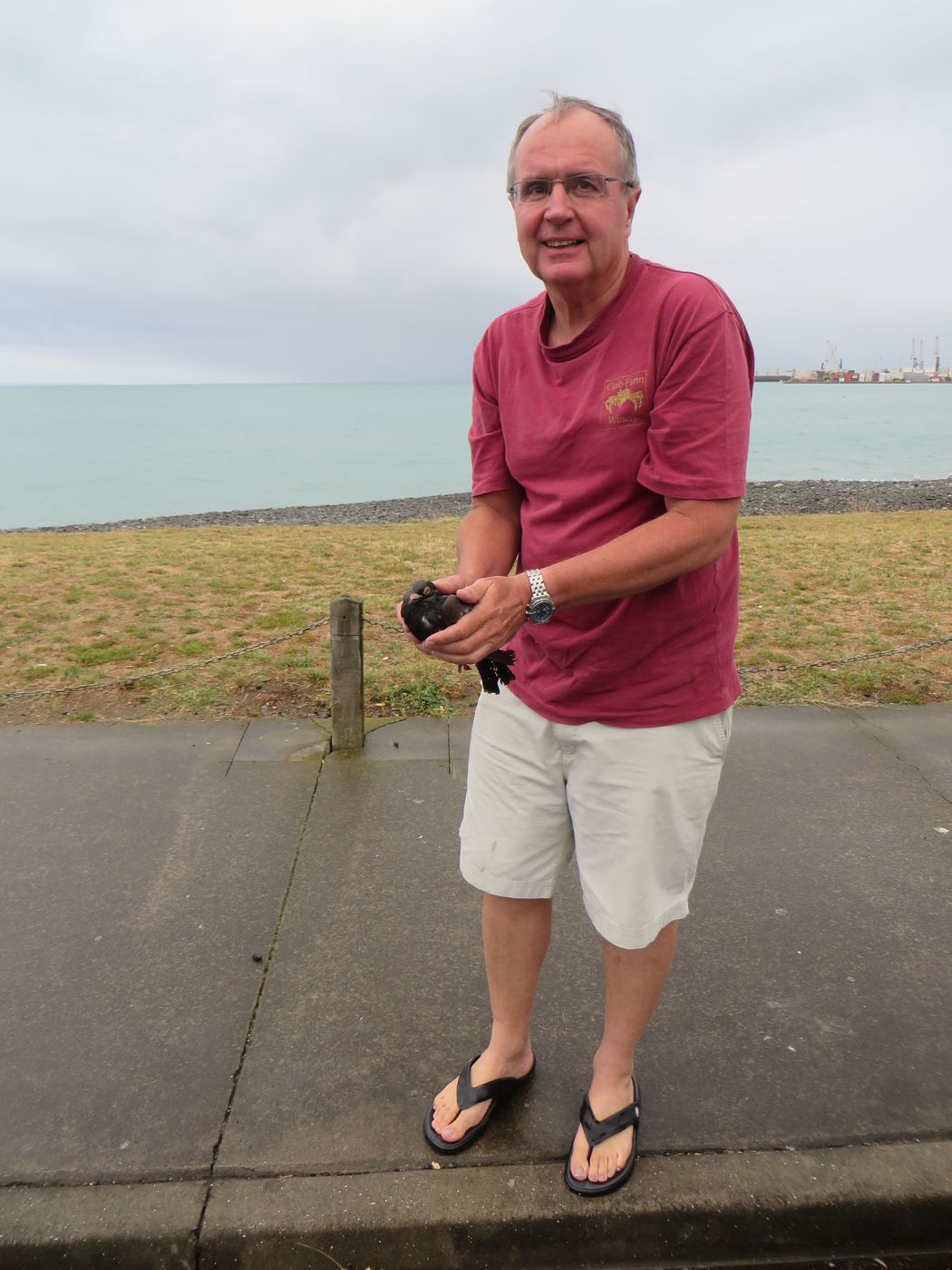 Luckily we had quite a number of paper towels so we used them all – the poor thing was soaked. 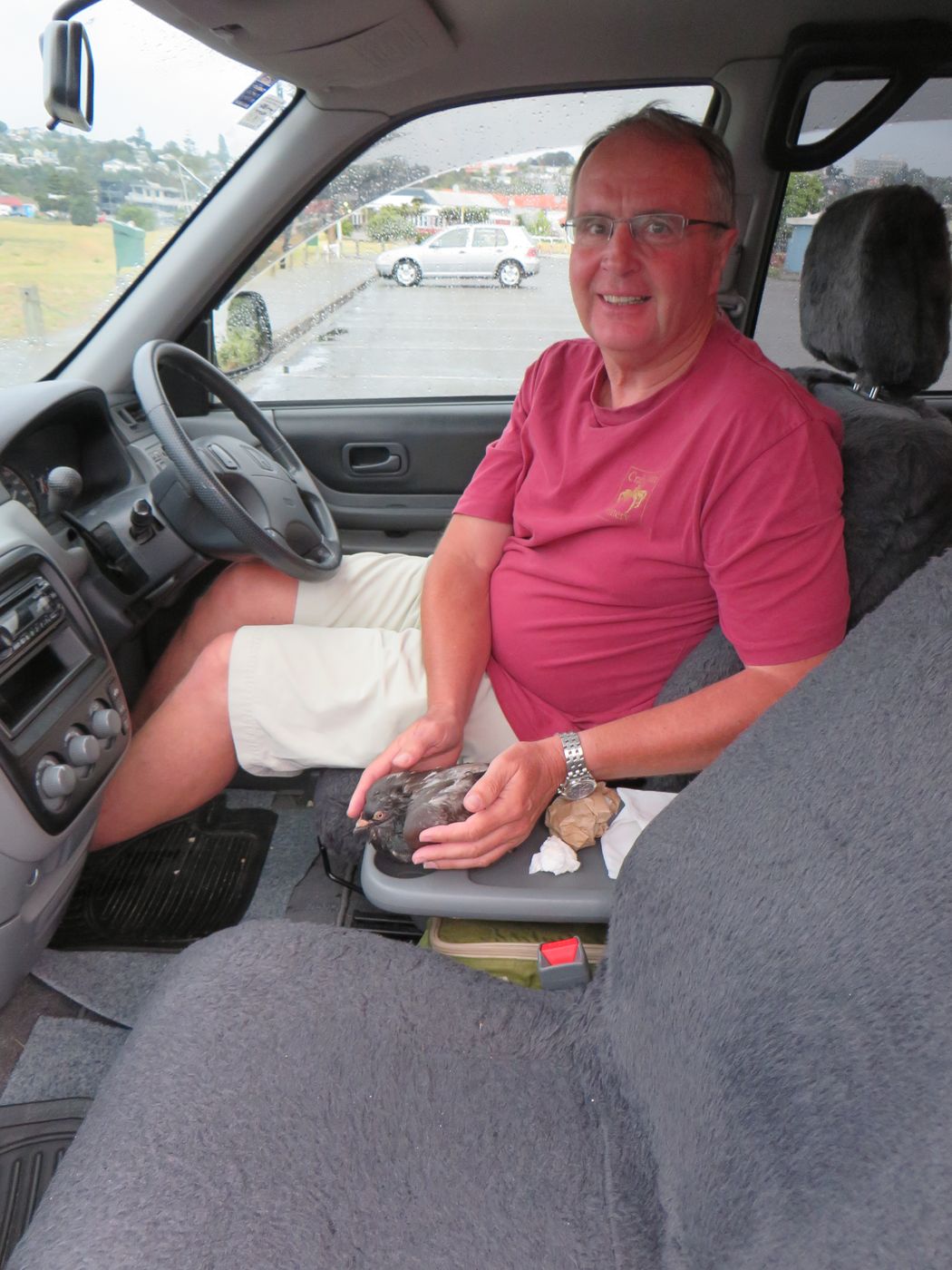 Eventually its heartbeat calmed down and it started moving its head so we turned a bit of heat on to help dry it. It seemed to know we were trying to help. 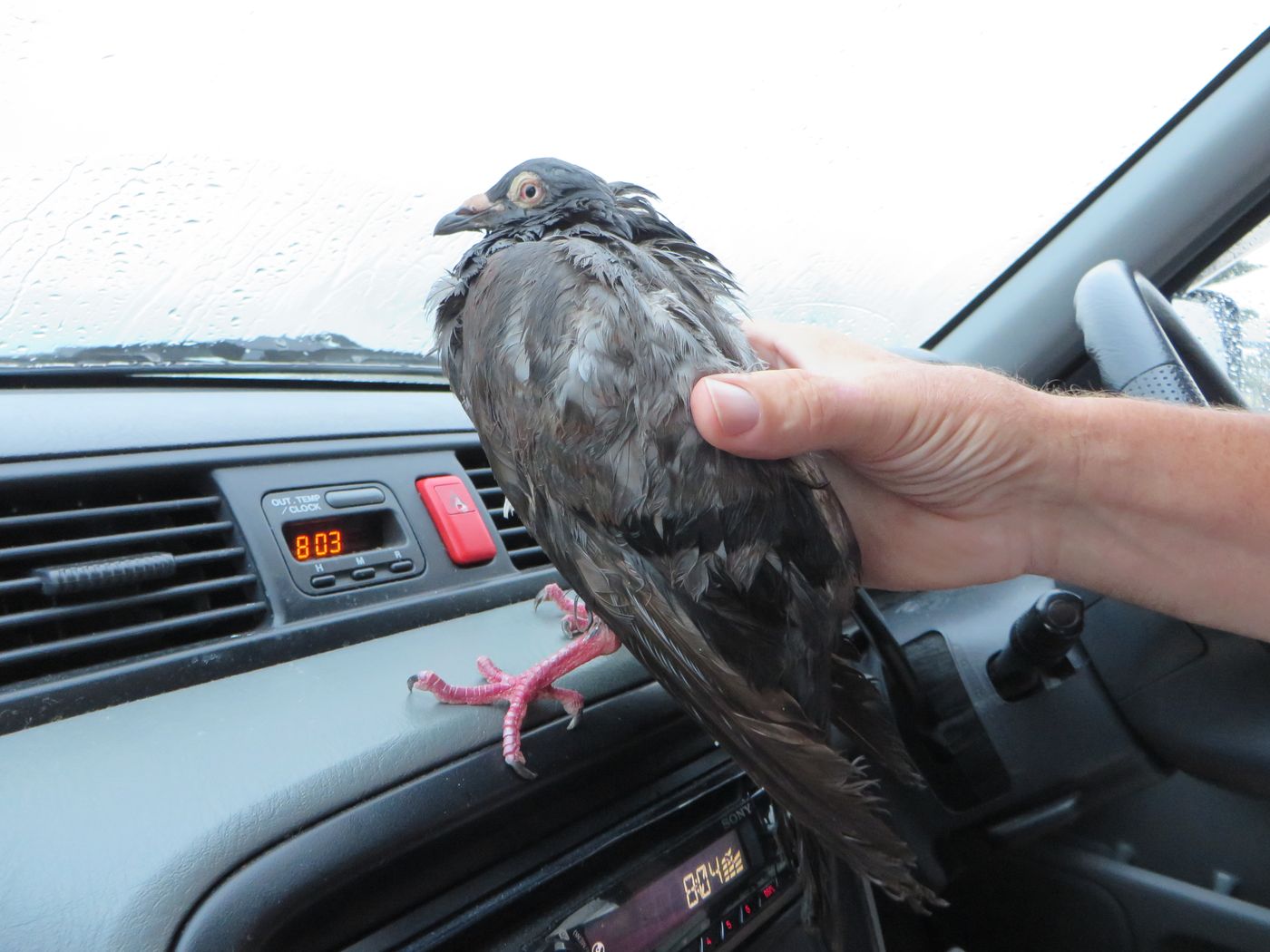 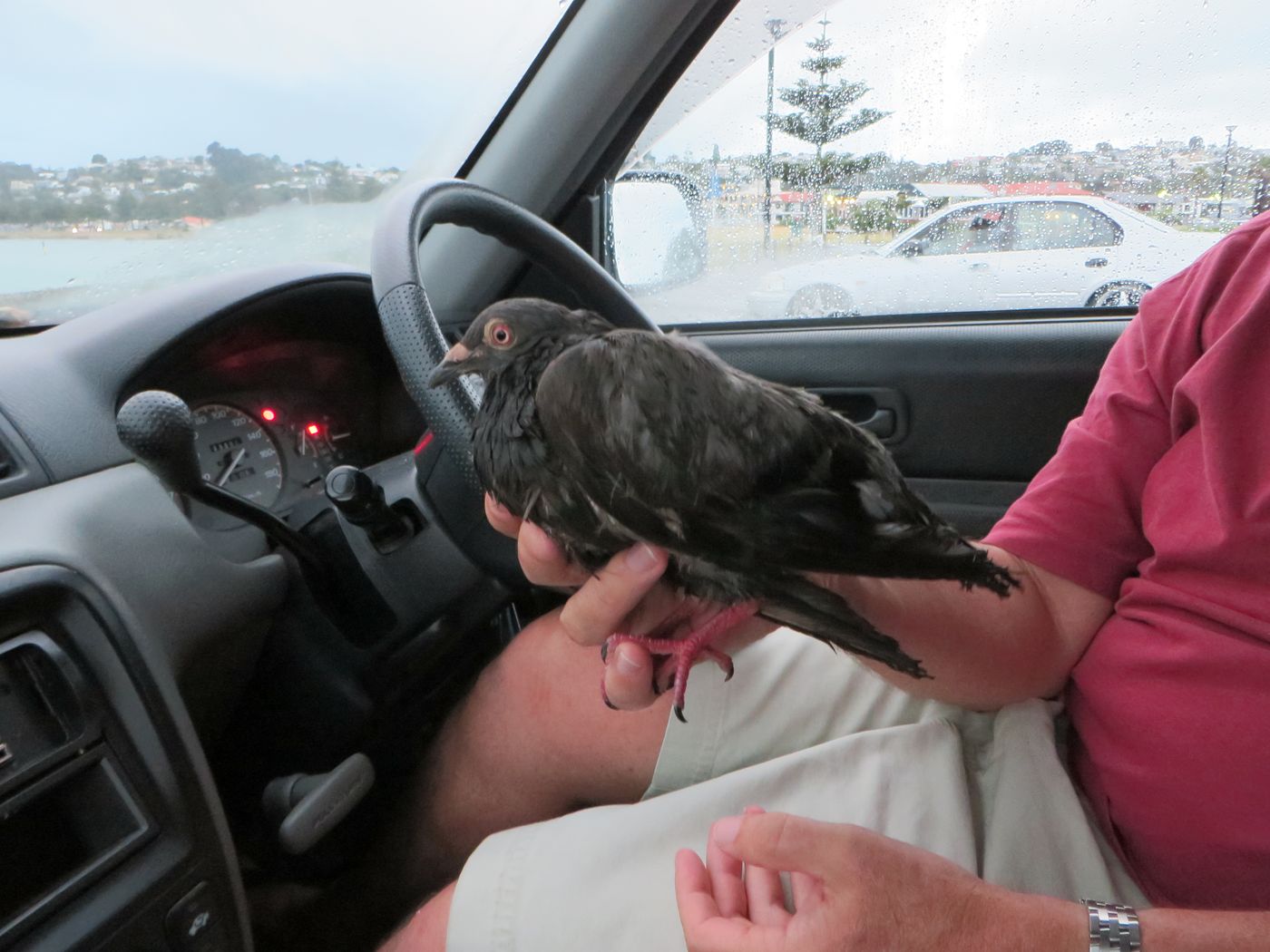 About 45 mins later it seemed dry enough, its heartbeat seemed normal and it seemed to have recovered some strength (code for it redecorated the dashboard!) so we put it on the grass outside. It shook itself and opened its wings and then flew a very, very short distance so we watched it for a short while before we drove off.